The National Association of Nonpartisan Reformers opened nominations for Breakthrough Reform Projects from June 2018 to August 24, 2018. The Review Committee received a total of sixty-five submissions from organizations, campaigns, and individuals across the country. The committee is comprised of: 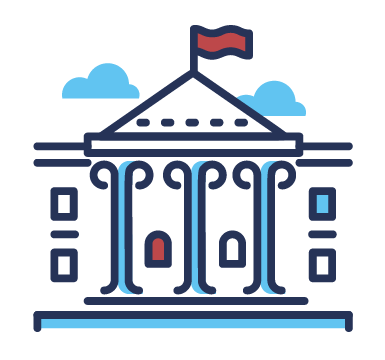 Each submission was reviewed by at least two committee members using the evaluation criteria (below). The evaluations were then discussed among the entire committee. Committee members were prohibited from reviewing or commenting on any proposal in which they participated.

All submissions were then sent to Honorary Co-Chairs Katherine M. Gehl and Michael E. Porter for final review with the committee’s feedback.

The evaluation criteria used by the review committee included the following questions:

Support for a nonpartisan citizen redistricting commission initiative on the ballot in November 2018.

Support for twenty-four candidates in Washington, Colorado, and Kansas, for the in November 2018 election.

Statewide ranked choice voting as legislature in 2019 or on ballot in 2020, building from strong opening work, initial funds, volunteer base and political allies.

Create a scalable fund to catalyze funding of state and local groups and campaigns through early matching gift incentives and commitments of fundraising support, focal point will be on projects advancing ranked choice voting and open primaries

The below proposals spotlight the deep reform thinking across the nation, as reflected in the full sixty-five submissions.

The project focuses on an existing campaign in Lane County (OR) in November 2018 to adopt STAR Voting (scoring candidates, followed by an automatic runoff of top two candidates based on relative rating), and possible future STAR voting campaign in Multnomah County (OR).

The project builds an information portal for a persuasive case for political philanthropy.

Creation of NANR Legal Committee for the purpose of ongoing legal work with initial work on lawsuit to challenge California primary rules.

Submitted by: NANR Board Member.

The project creates citizen map drawing campaign in multiple states based on their Pennsylvania success. It is an example of project activity aimed at mobilizing people and promoting change in states without initiative processes.

Submitted by: Committee of Seventy.